THIS PAGE WILL NOT BE UPDATED ANYMORE. PLEASE VISIT THE OFFICIAL EWOCS WEBSITE: https://westerlund1survey.wordpress.com/

The catalog of X-ray sources will be compiled adopting a complex procedure that requires the definition of extraction regions around all putative sources, the extraction of source  photons, and the calculations of a statistical parameter defining sources reliability.

The position of photons extraction regions were defined by running all available source detection methods:

The final list of detections was merged by eye, and it contains 8845 candidate sources. 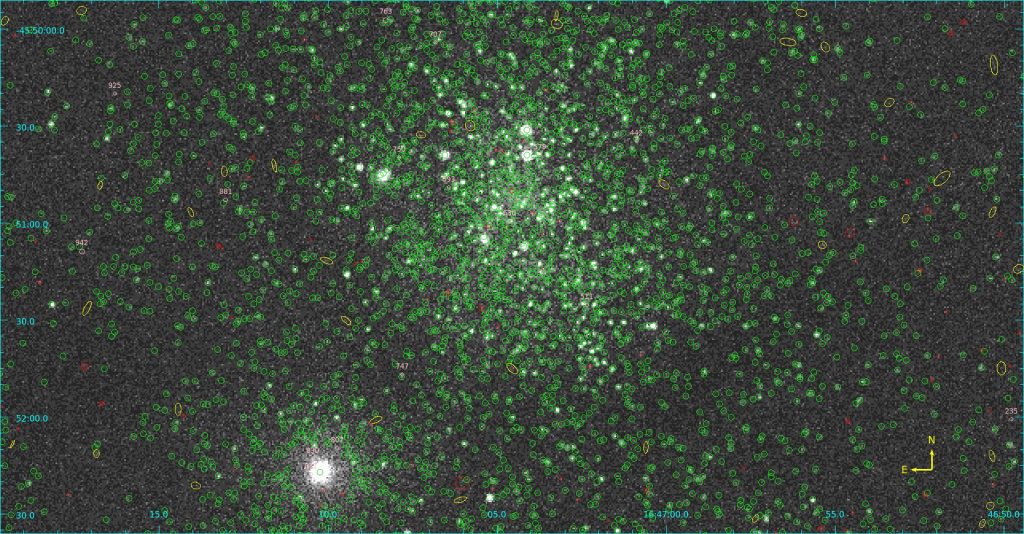 The figure shows the positions of all the extraction regions colored according to the methods used to define them (pwdetect: red; wavdetect: yellow; pink: variability; green: image reconstruction)

Go back to the EWOCS page