Westerlund 1 hosts a bright pulsar, CXOU J164710.2-455216, which has been discovered in 2006. The pulsar is at a distance of about 2 arcmin from the cluster core in the south-east direction. The magnetar nature of this source has been confirmed by observations carried with Swift. From the discovery, the pulsar experienced three outburst phases in 2006, 2011, and 2017.

Thanks to the new Chandra observations, it was possible to infer a new phase-coherent timing solution over a very long baseline during a time interval far from outbursts and with no burst activity of the magnetar, therefore, providing a less biased determination of the main parameters of  CXOU J164710.2-455216 wrt previous measurements.  Together with the timing solution we found that the X-ray flux in the 0.3-10 keV band declined of nearly 40%: from  1.4×10-12 ergs/s/cm2 in 2020 June to 10-12 ergs/s/cm2 in 2021 August.

To further constrain the phase-coherent timing solution of the pulsar over a longer baseline and to obtain more precise measurements of its magnetic field while the pulsar is slowly recovering toward its quiescent state, A. Borghese has obtained a new monitoring of the pulsar with NICER: 8 observations of 6 ksec each from March to October 2022. These new observations will allow us to measure the spin-down rate with good precision, assess if the variations of Ṗ and Pdotdot are significant and, thus, if the source has reached a new magnetospheric configuration after the latest outburst. By comparing the new timing properties with those measured at the previous outburst peak, we will be able to test the magnetar model with unprecedented detail, and make CXOU J164710.2-455216 a benchmark for testing magnetar models. 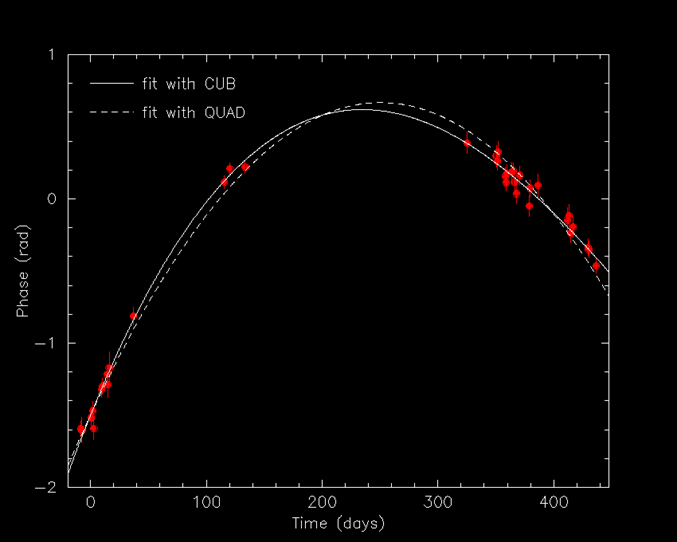 The figure shows the current timing solution for the pulsar 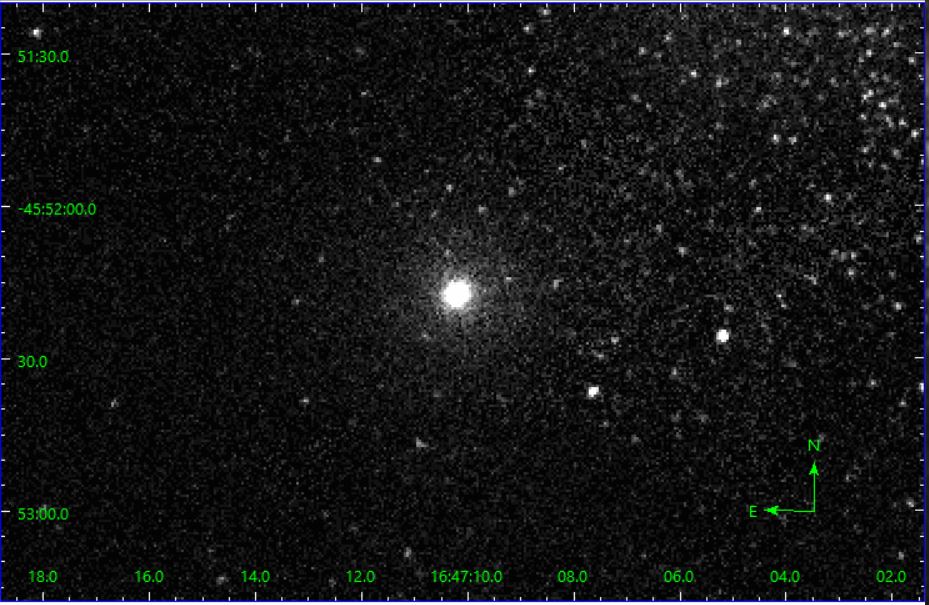 The pulsar in the merged ACIS-I event file

Go back to the EWOCS page