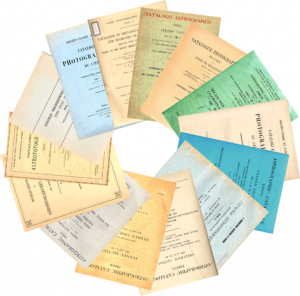 The international project “Carte du Ciel” (1887-1966) was a very prolific enterprise, in terms of material published. The accomplished outcome of the project, i.e the Astrographic Catalogue, consists of over two hundred volumes and is the result of a joined effort on the part of the twenty Observatories all over the world involved in the project. The unaccomplished part, the Carte du Ciel itself (sky charts), is made of hundreds of sheets of thick paper each reproducing a 2° -side square of the entire celestial vault.

The cataloguing of the above material has not been easy, due mainly either to the shortage of references or to the conflicting information found in online sources. I have thus started searching for information which would allow me to give some sense to the numerous Carte du Ciel-related volumes and maps in the library of the Osservatorio Astronomico di Palermo.The picture is now clearer for the Astrographic catalogue, although there are still some discrepancies, whereas for the Carte du Ciel sheets, owing also to their “unfriendly” format, there is more work to do.

I have now inventoried and catalogued almost all the material held at the Palermo Observatory Library, which is presented in this site.

(Originally presented as a poster at the LISA V Meeting, Cambridge MA, June 2006).