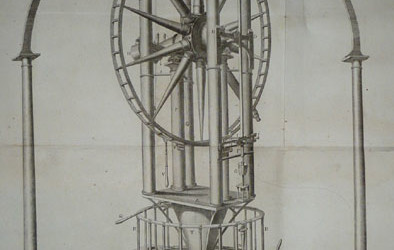 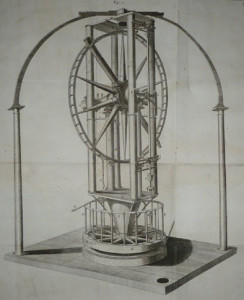 The research programme in History of Astronomy originated from the need to collate and preserve the rich astronomical heritage of the Observatory, which includes historical instruments, books and archives, accumulated over the past two centuries of scientific activity carried out in this institution. Its recent development has turned it into a self-standing research branch, whose preferential topics, described below, are:

This topic has been specially developed because of the consistence and importance of the historical materials kept at the Observatory. Starting from the publication of the catalogue of instruments in 1997, additional publications on the most important items of the collection has been produced, especially on Ramsden instruments (1789) and other less-known instruments made by the same renowned maker. Studies on the rare books collection and documents have also been carried out, including the inventory of the historical archives; exhibitions of historical materials, accompanied by the related catalogues, have been organized both at the local and national level.

History of astronomy in the 19th century, from the discovery of Ceres (1801) to the international Carte du Ciel project (1887) is currently being studied; the research work in this field is mainly aimed at remarking the contribution of Italy to the development of astronomy and its role in the international context.

A special attention has been paid to the contribution of Italy to the establishment of astrophysics as a scientific discipline, through the activity of Societa’ degli Spettroscopisti Italiani (1871); the biographical profiles of its most renowned members, such as Pietro Tacchini (1838-1905) and Angelo Secchi (1818-1878), have been retraced and extended, thanks to the analysis of important archival funds, like the one at the Gregorian University, which are still being explored.
Involved people